“I was born Arran David Griffiths in Auckland. I’m 48 this year and was brought up in New Zealand. As a kid, I was always the shy, awkward child. I’ve always wanted to play with girls, which got me into trouble with the Boys Brigade. Once, they caught up wanting to go with the Girls Brigade. I was about 11 then.

I was punished by being ducked down in water by about six boys. I was held down by the legs, with my head under water. I remember a month or so later, going into Kohimarama (a suburb of Auckland) to a public swimming pool where I nearly drowned whilst I was swimming however luckily a girl saved me.

I’m a horse racing fan and am a member of the Victoria Racing Club (VRC). When I transitioned from male to female in 2015, I approached the VRC to introduce gender identity included as part of their vision and values. I was able to get this done after several consultations with one of their staff. The VRC was very prompt in getting this approved by the board within four to six weeks. So now it is clear for people who attend the races that VRC promotes Flemington Racecourse as an environment free from discrimination or vilification on the basis on their gender identity.

Dad’s brother-in-law, Uncle Peter, had always made me feel more comfortable with my environment. I got on with him very well. He died a long time ago, unfortunately. Mum and Dad argued a lot and it wasn’t really a good environment to grow up in. I’m the only child, and never really fitted in at school.  As I started becoming a teenager, I experienced difficult obstacles, and I often try to bury it and my feminine side as well. 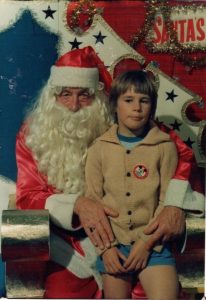 I went to an average high school and only went to a polytechnic, pursuing Business Computing. I made a few friends along the way. I started drinking at 15 and did the usual boys’ stuff. We would play pool, wag school, played a bit of cricket and I even refereed rugby league games. As I approached my 20s, I was still trying to bury my female side.

I genuinely started to recognize myself as a woman when I was 15. After clubbing, doing all that masculine stuff like drinking didn’t appeal to me at all. I kept burying my urges to dress as a woman. If I came out as a transgender 25 years ago, Auckland society wouldn’t know what it means. The LGBTQIA movement only got going internationally in the late 70s.

I arrived in Brisbane in 1998 and stayed there for a month. I didn’t think there was enough viable work then, went home and returned to Australia the following you settling in Melbourne where I  spent three years doing casual work across Australia. After that in 2002, I landed a job at the ATO where I currently work. Meanwhile, I started to live as a woman part time whilst going to work as a male which was quite challenging not being your true self. Pretending to be someone you are not is hard work and looking back wish I had transitioned earlier as it was really only fear of what would happen if I did that stopped me.

However In 2014 that all changed when I went back to Auckland and saw my dad and cousin both dying of cancer. Strangely enough, they were in the same ward, and I was in a state of shock. It kind of put my life in perspective, and I started thinking about living full time as a woman. Later that year after reflection and a lot of thought I made the decision to do so.

The following year I went to my doctor and got a letter for a psychiatrist referral, advising I was recommended by a counsellor. I also got a hormone therapy approval as well and the laser hair removal didn’t quite work on me so I still have to shave. I wish someone could develop a pill where my body hair is completely removed.

As I started taking the hormone pills, I began upgrading my wardrobe for corporate clothing. Some people don’t realise that it is a really big process; some people didn’t understand why I was doing it. I still occasionally have people who look at me funny when I go into a female toilet and in the past have been asked some really inappropriate questions about my body, such as what my bra size is going to be. 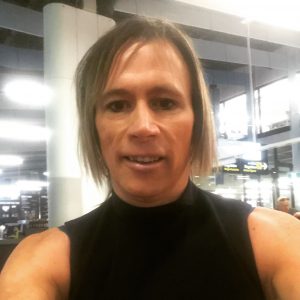 In my early days as a woman, I had felt panic attacks which were quite scary at the time. Caitlyn Jenner, the television personality, said she had panic attacks when she transitioned to a woman. She has done a lot to raise awareness. A lot of people would criticize it, but she’s doing the best she can. She probably paved the way for transgender people in the United States.

Mum hasn’t fully accepted my decision though she respects my decision and I have lost someone my friends as a result of my transition.

In the last few years, I began raising awareness of transgender issues. I’ve been involved with Thrive Global, an online blog post run by Huffington Post. I’ve also been involved with stories involving The Guardian, Agency Iceberg and numerous other organisations that talk about and promote, an inclusive workplace environment.

I’ve recently delivered a keynote at RMIT for International Women’s Day. It is a challenging putting yourself out there doing something like speaking which is not necessarily a natural gift for a lot of us including me. I am good with Q&A, panel discussion and speaking to media and I am starting acting to improve my speaking skills.

Living part-time as a female, and going to work as a male, means I wasn’t being true to myself. I didn’t want to hide from other people. I knew leading up to my transition, there was going to be prejudice. I was with friends at the footy, and my friends’ friend said I was weird. I wasn’t comfortable in my own skin then, but I’ve since learnt to ignore it.

Changing my documents, including my name, was stressful. Here’s something interesting. My certificate of gender says male, but at a Federal level, my Medicare and passport say female. At Victorian level though, I’m a male.

I’ve always wanted to be a clothing and lingerie supermodel. I went to Silverfox Management but didn’t make the cut.

I was brought up in the west so naturally, I gravitated towards the west as an adult. There’s a great diversity of people and culture in the west, which is unique and can only be experienced by living here.

My goals in the next two years are to find love and keep improving on my public speaking. I’m working on TV presenting and also getting more involved with media work while transitioning to a Diversity and Inclusion Consultant as a side.”