Growing up in Colac

“I grew up in Colac, an hour and half west of Melbourne. I had an older brother and sister we were always getting up to mischief! There was no TV during the day…we’d run out to the backyard, jump on the trampolines (not nets in those days!), play with sticks and get dirty! It was country living at its best! 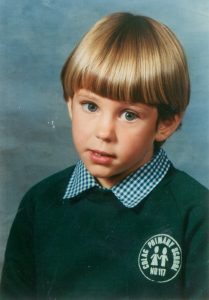 My older brother Jeffrey was a very bright – he was one of the only regional kids back then to be offered a full scholarship at Geelong Grammar. When he was invited for his entry interview, the whole family had to go along. It was a very big deal…it’s not just any school – Prince Charles went there! During the interview, the Principal asked me to tell him something about my brother, so I innocently told him ‘My brother sometimes calls my sister a wanker!’. Luckily the Principal just laughed, and Jeffrey still got his placement!”

“In the late 90s, I won a national modelling competition for Fiorelli which involved a trip to London to shoot a campaign for them. I deferred uni for a year and went over to model professionally but it was a hard slog and wasn’t really ‘me’. Although there were some amazing moments – such as walking down the catwalk with Naomi Campbell herself! Not that she glanced sideways at me!!

My best friend ended up coming over halfway through the year and we went off on an amazing backpacking adventure together. We started off in Europe, hitting all the usual spots that young Aussie backpackers go, but a few months in we decided we wanted to do something more exotic. We flew from Athens to Tel Aviv and started a journey around the Middle East. We visited Jerusalem, worked on a boat in Israel, and rode camels around the Pyramids. We even ventured into Jordan and saw Petra – which is still one of the coolest things I’ve ever seen in my life!

That’s Belinda on the right of the picture.

Now we have kids, it’s all resorts with kid’s clubs! They’re nice, but not nearly as exciting! I’m looking forward to when the kids grow up and we can dust of the backpacks and get off the beaten track!”

Moving to the West

“My husband Rob and I were renting in Prahran about eight years ago and decided it was time to buy a house. Rob was keen on the West but I wasn’t convinced. He took me to Yarraville first, which I loved, but it turned out we couldn’t afford anything in Yarraville – or Seddon, or Kingsville – so off we went to Footscray to see if we could find something in our price range! After a few weeks of looking, we came across Hansen Reserve in West Footscray…. I saw dogs and kids running around and fell in love with the area. We found a house for sale nearby not long after and snapped it up!

Since we’ve moved here, we haven’t moved back. I’m a huge fan of the Inner West now. Our neighbours are all fantastic and so down to earth. I wouldn’t move now. I’m a westie for life!” 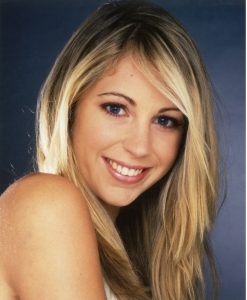 Belinda in her modelling days.

“On weekends, my family goes to a lot of festivals, due to my previous role promoting local festivals and events for Maribyrnong City Council. We’ve done Fringe festivals, fireworks in Footscray Park, and eaten a lot of Ethiopian food! We are regulars at Konjo Restaurant and Café Lalibella in Footscray. On Thursdays, we love to go Back Alley Sally’s for their $6 pizzas! When Rob and I do get a rare date night, we love to go to the Small French Bar in Footscray. Owner Stefan is really lovely. We also love our Vietnamese, particularly the food from Hao Phong and Sapa Hills. We really are spoilt for choice here in the West!”

Belinda and Kylie, growing up

“Rob is a Playstation nerd and plays online on Wednesday nights with his friends. So I would just hang out in the bedroom for the night, where I usually sat around reading and texting friends. One night in 2016, I decided to get out the foldout Bunnings table and start drawing.

Growing up, I never studied art, but did have a talent for art in school – particularly for drawing faces. I never saw myself as being a professional artist though… firstly I didn’t think I was talented enough for it and secondly, I just wasn’t sure I’d deal with the uncertainty that can come with that type of career. I pretty much stopped drawing altogether after high school.

In 2016 I came across a story on Facebook of a little girl called Eva Wheatley. She had passed away at the age of six from cancer. I was so moved by her bravery, courage and strength that I wanted to do something to honour her memory…I wondered…maybe I could draw her? I bought some pencils and sketched a photo of her and to my surprise, it came out quite well!  I decided to reach out to her mum on Facebook and offer her the drawing as a gift, which she loved. After that, I started drawing my own children and it all just kind of grew from there.” 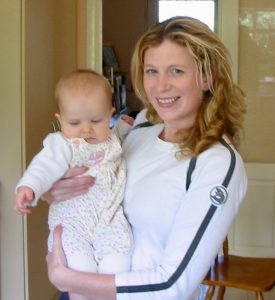 “Once we moved up to Melbourne in the early 90s, my sister Kylie got into lifesaving and was really awesome at it. I grew up watching her compete. I idolized her – she was so fit and strong. We shared a room for 15 years and were very close. Sadly, she developed bipolar and depression in her mid-twenties which plagued her for over 20 years. It robbed her of so much…she was in and out of psychiatric wards every few months. My parents’ lives revolved around her.

In November 2017, Kylie took a kayak out to sea, and the next day she was reported missing on the news. There was a massive manhunt, but privately our family knew she had gone out there to end her life. She had always loved the sea and it was there she went to find her peace. They found her body about six days later. As painful and horrible as it has been for us all, I am comforted by the thought that she is no longer suffering. I just wish there was more that I could have done to take away her pain.  I miss her so much.

After she passed away I didn’t draw for months – but once I started again I found I couldn’t stop! I guess it’s become a way for me to deal with my grief. I now draw every week, and it has definitely helped.” 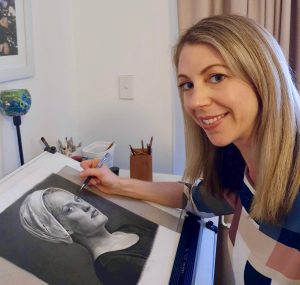 “I keep most of my drawings in a folder and some I give away. I am yet to try and proactively sell any. A few months ago I drew a lion called Johari from Werribee Open Range Zoo. When he passed away, the zookeepers reached out to me and asked if they could buy a print of Johari. So I found a great place on Sydney Rd that makes lovely art prints and offered them to the zookeepers at cost price, which they really appreciated. In return, they offered my family a personal carnivore experience with the lions! How cool is that!

I started drawing black and white images of fashion models in 2017, after obtaining their permission. This year, I decided to start drawing animals too, using a mixture of my own reference photos and photos from wildlife reference websites. 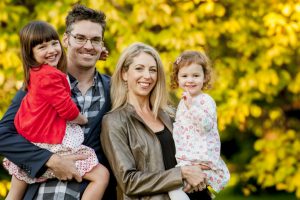 I’ve recently purchased some pastels and have started drawing animals in colour…it’s a great medium for drawing fur!  It’s a challenging and I have no idea what I’m doing with colour but I guess that’s half the fun of it! The more you draw the more you learn…I’m really quite surprised at how far I’ve come with my drawing in only a couple of years – just through committing to a weekly practice.

At the moment, my drawing is all about having fun and challenging myself. I also love doing drawings as special gifts for friends and family. I’m not sure if I’ll ever try and turn it into a business…but I’ll never say never!”