“I was born in Sydney and lived there until my wife, Aimee and I moved to Melbourne in 2006. We moved here as we were over Sydney. We have visited Melbourne a few times and found it more friendly and thoughtful. It’s an easier city than Sydney. Sydney is beautiful if you’re a millionaire and live on the harbour, but for 99% of the population, it’s just a fight every day. It’s crowded.

Melbourne has the brains, and Sydney has the glamour. We spent our first year in Brunswick and moved to Maidstone in 2007. We could afford to buy the property then, as it was an old worker’s cottage. Coming from Sydney, we had no preconceived perceptions of the Western suburbs. Since we moved to the inner west, we haven’t left. I mean, why wouldn’t you buy in the Inner West? We are so close to the city, and it’s half the price of the Eastern suburbs. 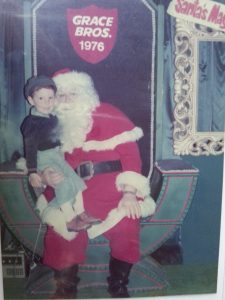 We had our daughter Phoebe in 2012 and thought our home was a bit too small. We knew we wanted to be near the train station. I like the Yarraville area; it’s got a really villagey feel, and similar to Erskineville, a suburb we lived in while in Sydney. You never really have to leave Yarraville as it’s got everything we need.

Growing up as the eldest of two boys, I was always artistic and loved drawing and painting. I completed high school, and went to Uni of Sydney, majoring in Modern History. Why Modern History? I had partly considered academia, but partly due to not knowing what I wanted to do with my life. I love history and wanted to study it more. I have written a thesis on Irish history and the Irish Civil War. I love it, but this wouldn’t get me a job. I was doing crappy call centre jobs, and I realized I wanted to be a graphic designer. I studied it and found work in a couple of average companies.

Once, I got a permanent gig at David Jones. The ad had just come up, and I was lucky to get it. I started out doing signage, which was boring, before moving into merchandising. Suddenly, I was involved in the cosmetics department. I knew nothing about the cosmetics industry, but somehow just knew what to do. I used to bring home samples for Aimee, who I was already dating then.

I would attend Vogue and Glamour parties and was pretty much the only straight man in the industry. 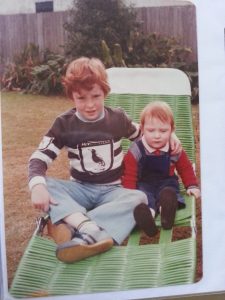 That lifestyle though was totally not me.

Aimee and I decided to move to Melbourne, to get away from David Jones. It was a really stressful job, with long hours. I didn’t want to be one of those people to live in one city their whole life and didn’t want a sheltered life.

I found a graphic design job in Kmart. It really was supposed to be a filler job over Christmas for two weeks, but 12 years later in 2019, I was still there. I left Kmart in January 2019.

I loved my job. It was really fun, and I got to direct art photoshoots. I worked in the catalogue area (the ones we receive in the mailboxes). Try to get dogs in costumes to look happy, or make kids smile on camera when they didn’t want to – that was challenging but really enjoyable.

However, in December 2018, Aimee – who has been looking after our daughter since she was born – said to me ‘I would really like to get back into full-time work.’ She had seen an ad coming up. I told her I was really happy to step back from full-time work, as I was pretty much over it. 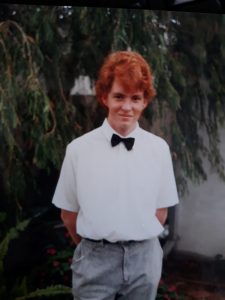 After Aimee got the job, I handed in my notice. I felt ridiculous doing it as I submitted it to my boss. ‘I want to be an artist.’ I said. She gave me the ‘You’ll be back’ look.

I didn’t burn any bridges upon leaving and kept all my options open. I wouldn’t have done it if Aimee hadn’t said that to me in December, but up until the moment I handed my resignation in, I was shit scared. The moment I did it, I was really happy and liberated.

So since January 2019, I consider myself a full-time miniature artist.

I have always made models as a kid, and I really love it. I stopped making models a bit when I discovered girls and didn’t bring it up, as it’s not really sexy. Model-making came back to me in my late-20s; it’s where I learnt all my skills and techniques, and where I had honed my skills.

Up until recently, I only built miniature military models like Spitfires. One day, I asked myself ‘Why am I making this?’ I have never been in the military, so I wondered why I was making them.

I began scratch building something out with my own imagination and using materials I have found. In 2018, I won the first prize at the Australian Model Expo for building the Anti-Gravity Light Ship 813 Seahorse. It was made out of an old soft drink bottle, and lots of bits and pieces. 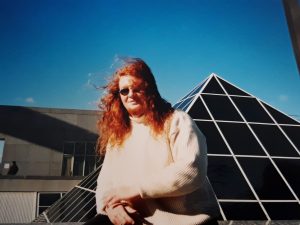 I realize I loved taking all these pieces that look like nothing, but when you put them together, suddenly you’ve got something that people have never seen before. I enjoy creating from nothing, and I guess that made me decide to work on buildings, as I’m a bit of an architectural nerd.

Another part of me also likes derelict buildings. I want to catch them before they fall down. I’m not a Luddite and realise developments will happen eventually, but some gems need to be captured. I feel a sense of racing against time. I had always toyed with the idea of scratch building miniature buildings but never gave it much thought until Aimee went back to work.

My first piece was the Yarraville Racing Pigeon Club House. It’s so tiny and obscure, so out of the way and so unknown. I figured this is something that’s perfect to tell more people about it. Look at the amazing little things we have around us, that no one knows about. Conveniently, the clubhouse has no windows, so it was easy to build. I completed it in three weeks. 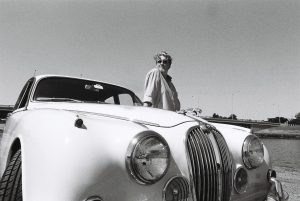 I was happy with the clubhouse, but it wasn’t until the completion of my second piece, the Switch House, that I realised I actually love what I am doing. I could see it with my eyes, and translate what I see, into the real world.

All the pieces are made of plastic card or blue insulation foam. Every piece requires me to rack my brain. I have spent many nights awake, wondering how I am going to make a certain new aspect for each one.

How do I identify buildings that I’d like to build? They are generally buildings that catch my eye as I go through my daily life. I started with buildings closer to home, and over time, I’d notice other buildings. The ones I love are the ones that are falling down, with the paint peeling. That, to me has more personality. 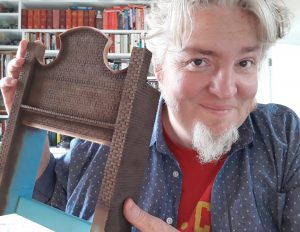 Bar the Sun Theatre, I never asked for permission to build them. With the Sun Theatre, I had to measure the building, as it’s an operating business. I had contacted them first and introduced myself. Luckily they knew who I was, and they’ve given me a lot of reference photos.

Back in the 90s, the theatre was derelict and was up for sale. It was nearly torn down. People look at it now and think it’s the Jewel of the Inner West, but don’t realise how close it was to being demolished. I wanted to capture that stage of her life when it was really falling apart and looked like crap.

How do I measure them? I would draw sketches and take measurements with a tape measure, and get the window widths, door heights, and start forming a photo. There’s a bit of math involved. If this door is 50cm long, then that door is five times bigger.

There is one piece that I’m going to be building soon. After I complete the Sun Theatre, I want to build this old building on Williamstown Road. It’s an old, abandoned shop, and right at the top of it has a sign that says “The Beehive 1889”. There’s been a lot of shops within the building over her lifetime, but it still says Williamstown and Newport Undergarment Depot. 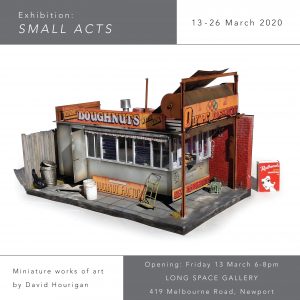 From 13 to 26 March this year, I’ve got a solo show at the Long Space Gallery in Newport. It will showcase everything I have produced this past year. Photos are allowed, and I’ll be working on my new buildings while people visit and watch. I like people watching what I do.

I believe if you don’t learn something new every day, it’s a waste of a day. I’m trying to produce more ambitious work each time, and like to try out new techniques.

My favourite cafes are Willow and Coracle. They have lovely food. Generally, you can find me at home.

What I find really satisfying about what I do, is I’ve always worked in a creative role. However what killed me was by the time it was finished, it would be sent up the line for approval, and would always come back with various changes. I’m not a precious designer, but it killed me slowly every time my creative idea was changed or diluted. Now, a miniature is finished when I say it’s finished.”