I love honey, and used to eat it by the jar load. I figured if I got some hives, I’d have all the honey I could want. Now I have too much and barely touch it. There’s a lesson there somewhere… 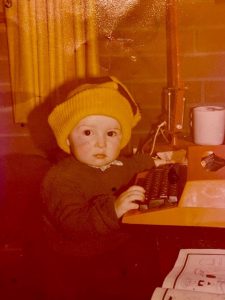 My first business as a copywriter. Didn’t go so well.

I was born in the West, and was raised in Maribyrnong, up on the hill near Highpoint. At that time it was covered in thistles, boulders and blue tongue lizards. It was a great landscape to grow up in, resulting in daily adventures with the neighbourhood kids and plenty of scraped knees.

Mum and Dad were both business owners; Mum had a legal practice and Dad had his own architecture practice. We lived in a house next to my grandparent’s house, both designed by Dad which made for a pretty special place to grow up. It was an intergenerational living arrangement before that became a buzz term.

Both mum and dad worked hard in their businesses. From the age of four I remember wanting to be a lawyer, just like mum. After school, I’d often visit the office with my grandfather where I’d see her with her clients. She would make them tea, listen to their worries, and almost always have everyone laughing by the end of the appointment. She has a way with people, a way of lifting the load.

My grandparents, Oma and Opa, were an incredible support. They had emigrated to Melbourne from Germany in the 50s with mum and her two sisters. We’d shuffle over to their house in the early morning, where Opa would make our school lunches and Oma would get us ready for school. They took us to school, picked us up, fed and watered us and helped us with our homework. You couldn’t have asked for better grandparents. 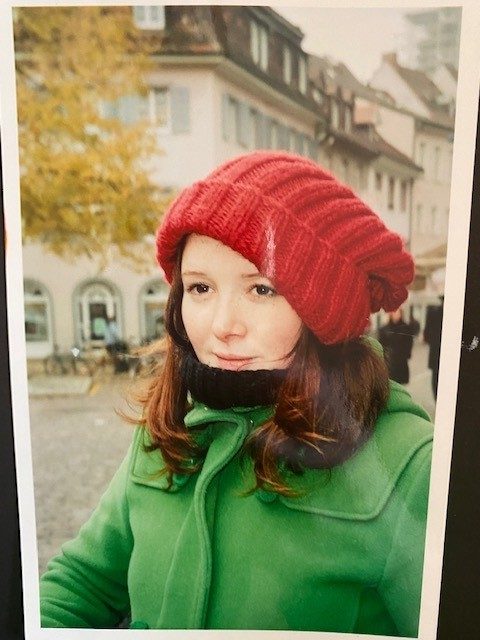 It was Oma who encouraged Mum to set up her own business in the 70s. Back then, Mum was in her early-20s and working in a large litigation firm. She complained to Oma about how hard she was working, and flippantly said she could do better working for herself. Unbeknownst to mum, Oma arranged a lease at the soon-to-be-built Highpoint. When she announced this, mum was shocked. She was only venting, she said! At the age of 25, in 1975, mum started the legal practice B.A.McManus Barrister and Solicitor.

Maribyrnong at the time was largely made up of newly arrived migrants. A lot of the legal work was based around helping them establish themselves. Mum would liaise with the local bank to help her clients get loans, then assist with their conveyancing, their will and sponsoring family from back home. Back then, legal assistance was more generalised and she’d help her clients out with whatever they needed, including a lot of negligence matters.  The success of the business however lay largely in mum’s ability to use her relationships and networks to get good outcomes for her clients.

Seeing mum and dad work so hard, as well as my grandparents, I was eager to work as soon as I could. My brothers and I were raised by entrepreneurs, so I guess that rubbed off. We started all sorts of businesses in our childhood, most notably a billy cart shop. We sold axles and paint and bits and bobs to local kids and we’d race the billy carts down the street we lived on. I was paid by my older brother to sweep the floors after school.  The floors were dirt and the pay not much more.  At 14 years and nine months, I was working the fries station at McDonalds. The conditions seemed pretty decent after the billy cart shop. 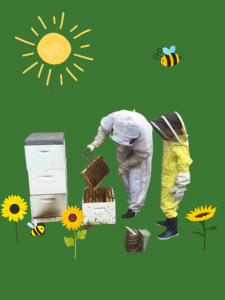 At school I really enjoyed studying maths. I think it was the black and white nature of it. Ironic that I have ended up in law perhaps, given that it is rarely as black and white. I enrolled in specialist maths at university before realising that that combined with French (my other major), it was not going to lead to a future full with prospects.

I changed to politics and criminology before studying law. I studied in Germany for a few years during both my arts and law degrees and worked in London as a paralegal for a stint. After finishing my law degree in 2006, I got a job at the Victorian Government’s solicitor’s office. It was an excellent place to work, many of my colleagues are still great mates and the work was always topical.

When the chance came up to do a secondment at the North Melbourne Legal Service, I jumped at it. I was already volunteering as a lawyer at the night clinic at the Fitzroy Community Legal service. I got the position and didn’t look back. I loved making the law accessible and working with locals.  At North Melbourne Legal Service, I helped people with all sorts of legal issues, victims of crime assistance, applying for parenting orders, seeking infringements be waived.  I stayed there for four years.

It became clear to me that I loved working in the community. It seemed like a logical step to work with mum at McManus & Co Lawyers. Since then, I’ve tried to build on the established foundations and tailor our services to our community’s current needs. Mum has always offered fixed fees so as to put the clients at ease. We continue to do that and are using innovation to make our services easily accessible to all our community. This means lots of online opportunities to work with us, but also ensuring we cater to those wanting a face-to-face service. 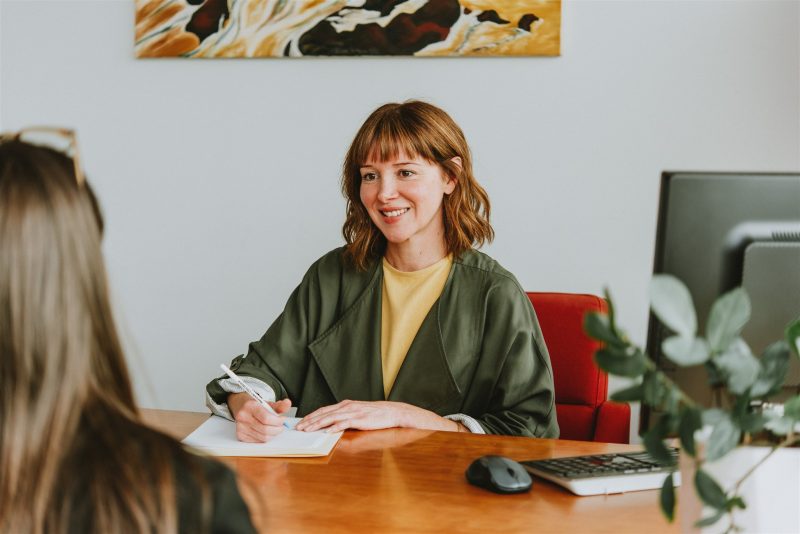 Lawyering in the west is best.

Just as mum’s success as a working parent was reliant on my grandparents, my ability to work hard is only thanks to the support of my partner, family as well as a really good team.  It takes a village. I have multiple alarms built into my calendars to make sure I don’t forget to pick up the kids, so many alarms that I may have become desensitised and forgotten to pick up the kids.

I really lent into the hermit lifestyle during Covid and found out it suited me quite well. I love a good potter on the weekend, watching the garden grow, tending to the bees, making bread. I think it’s a chance to balance the scales after a busy week. 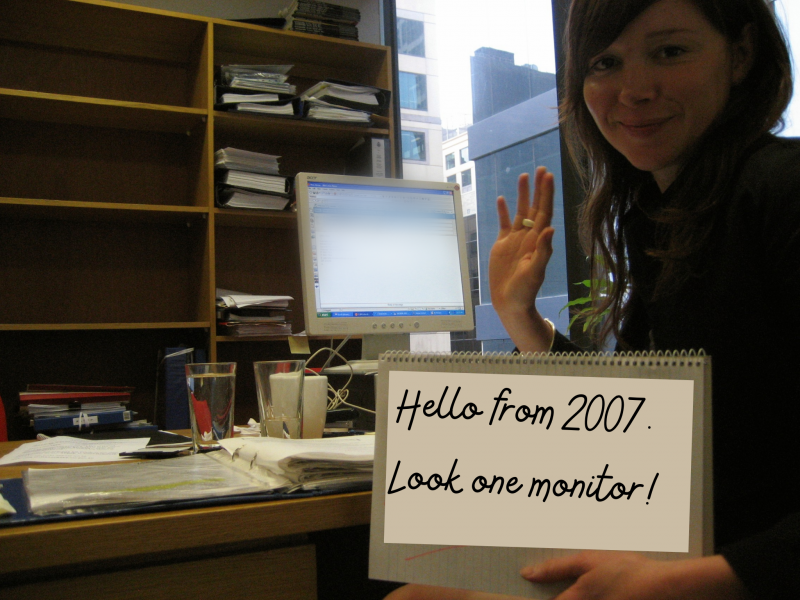 Lawyering in the big smoke., back in the one monitor days!

I’ve had bees since 2014. I bought a nucleus hive, which comes with a queen bee and enough workers to start a colony. There can only ever be one queen bee, and when the hive gets full in spring, if you don’t watch out – she’s off!  She lays queen bee larvae as part of her succession plan, and takes half the hive with her, allowing enough bees to tend to the larvae. When the first of the queen bees pop out, that queen will kill all the other queen cells, and if two queens pop out, they fight to the death! Fascinating!

Lawyers have historically been known I suppose for their aggressive adversarial style. I don’t find that a particularly constructive way of resolving a dispute and it often exacerbates the trauma of the dispute for the clients. My style has always been to work and collaborate with other lawyers, and to seek a solution with a minimum of fuss. 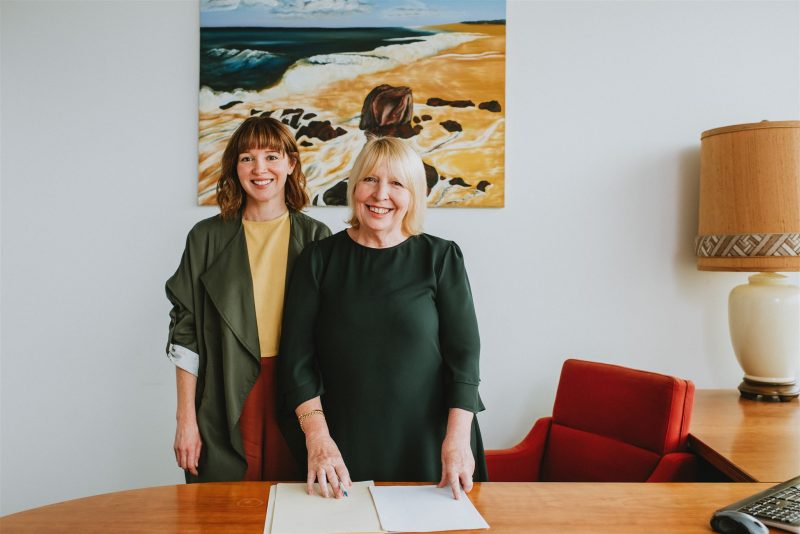 This year I’m focussing on raising awareness with my clients about the importance of estate planning, and letting them know how easy it is to get done. If no thought is put into it, in additional to the grief of losing your loved one, the financial impact can be crippling.

Just like the health of a hive is reliant on the queen bee’s succession plan, having a will and a considered estate plan is important for the health of those you leave behind. We make it easy to put these plans in place.

And if you want some honey, get in touch!