“I was born in the Netherlands, in the city of Apeldoorn. I’ve never liked it as it’s a boring little city. When I was 17, I left home for a year as an au pair in Geneva, and when I returned, I moved to Utrecht. It’s a student town, and my friend’s parents had purchased a house there, and that’s where I stayed my whole uni time. 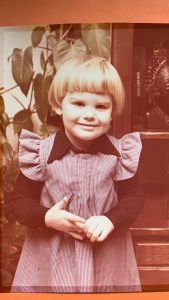 Growing up wasn’t a happy time for me. My parents had lots of problems, but Mum taught me to be positive, and never look back. There was a lot of depression in my younger days.

I have two younger brothers, and my whole family still live in the Netherlands. I’m still really close to Mum.

I was a very good student, and had always scored As. I never had to do much homework. The moment I finished high school, I left home. Weekends I would go out and party, as there was no adventure or livelihood. It lacks of life. I still think it’s a very narrow-minded city.

When I was in uni in Utrecht, I wanted to pursue my journalist dreams. To get into the course, a balloting system was done, and my name wasn’t drawn out of the hat. I didn’t know what to do, so I when I was in Geneva as an aupair, I tried to get into journalism again. I failed once more.

I spent one year doing law, but didn’t enjoy it. I still didn’t know what to do with my life, but switched to studying IT. I stuck at the job as I’ve gotten my degree, but was still lost. When I was 23, I started working for a TV company as a Project Manager, and stayed there for many years.

I was really stressed that morning to work, as it was the last day before my holiday begun. I was driving too fast to work, and because it was raining after a dry summer, I didn’t know there was oil on the road.

I drove 80km/h towards a roundabout, and the speedlight caught me. In an attempt to slow down, I fully went on my brakes, and the car spun and hit the traffic light. I had to be cut out of the car. 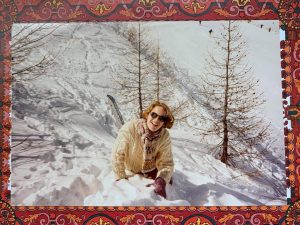 As an aupair in Geneva

Over the next two years, I had to learn how to walk and talk. I was mostly recovering from home, with lots of physiotherapy. I said to myself if I get better one day, I want to travel the world. I was 29 when I left the Netherlands and bought a ticket around the world just by myself.

I get bored quickly, and like adventure, and had nothing planned. I flew to the furthest place away from the Netherlands, and arrived in New Zealand.

After awhile, I travelled to Australia, and had the best time. After eight months in Australia, I knew I wanted to live here.

I lived in Melbourne for a few months, and got a real job as a Project Manager in a computer games company. After a few months, I was missing my friends, and realized I haven’t travelled the world yet.

I travelled around Australia, and went to Bali to dive. Bali was also where I met my ex-husband. I wanted to keep on traveling, but he had to return to Australia. I didn’t feel safe in Indonesia as I was in the remote islands, and all the men were whistling at me. I knew I’d be asking for trouble.

I’d been to Koh Samui before, and felt safer there. I started Dive Master’s course. I had already gotten my Rescue Diver Certificate in Cairns previously, which is one level lower than a Dive Master.

In that same week I was about to do my certificate, the Boxing Day Tsunami struck. 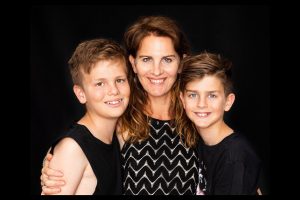 Jude and her boys

I lost everything that day, and stayed in a refugee camp. I had no passport. There were flights to Bangkok but I couldn’t leave due to not having a passport. The Dutch Embassy was also empty as they’d left.

For three days, I went around begging for food. I managed to obtain a refugee camp paper, which allowed me to get into the Netherlands.

I was in a bikini all this time, and only had the blankets from the flights on me. I hadn’t slept for days, but Dutch customers eventually let me in.

My ex-husband moved to the Netherlands for me, and lived with me for nine years. We have two boys, who are 10 and 12 now.

A few years before, we had returned to Australia for Christmas. One of his family members lives in Williamstown, and had recommended Altona to us when we said we were looking for a place to live. 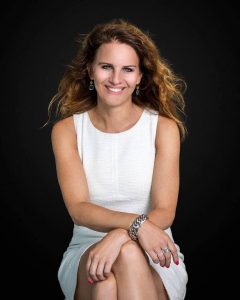 I went to check out Altona, and liked it. I preferred the Dandenong Ranges as it was closer to nature, but as my ex-husband wanted to be near family, so we settled in the West.

When I was in the Netherlands, I always asked myself what would make me happy. I was pregnant with my first child, and took up photography. When I moved here, I was offered a role in a studio, and began photographing children, families and pets. I photographed people’s stories, and I got to know people well.

I have had four studios over the last six years, as each one got bigger as I upgraded. The big commercial studio had two break-ins, and so I didn’t feel safe there anymore. It was always dark at night, and it was in the Altona Industrial area. Now I’ve got a beautiful studio downstairs, and my two sons and I live upstairs. This is the best arrangement for my clients and us.

I can stay late at night, and they can come early on a Saturday. It’s really convenient and flexible. People love the space here more than the commercial studio, as it’s more homely.

When the first lockdown happened, I got really stressed. I thought ‘This is not me. This is depressing.’ I wanted to do something, and give back to the people in Altona, and get out there and meet new people and stay positive. 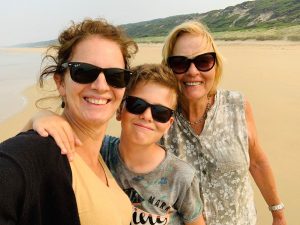 I saw a mum from school posting something about borrowing 80 books for the library before it closed down, and I thought people were doing different things due to Covid19. I wanted to document it. I ended up photographing people for two weeks. I had to ask them for permission and scheduled a time to meet. A few people suggested I should make a book.

Fast forward to today, I’m in the middle of getting my first book done. People have contributed notes, and I’m trying to keep each story to 500 words. I’m self-publishing, as it’s easier.

I love Altona. People are so friendly. My life is here, and I would never leave here. If I have any free time, I’d enjoy it at the beach. In the Netherlands, it’s always cold and whenever it’s nice weather I’d head to the beach. It’s what I crave! Whenever I catch up with friends, I go for a walk, not a café with friends. I’ve been in the Netherlands for 40 years, and I don’t want to be trapped again.”