I am the youngest of three and grew up in the Latrobe Valley. It’s a very working-class area of country Victoria, well known for coal mining. When I was growing up there, it was one of the most economically depressed areas at that time – and still is today. 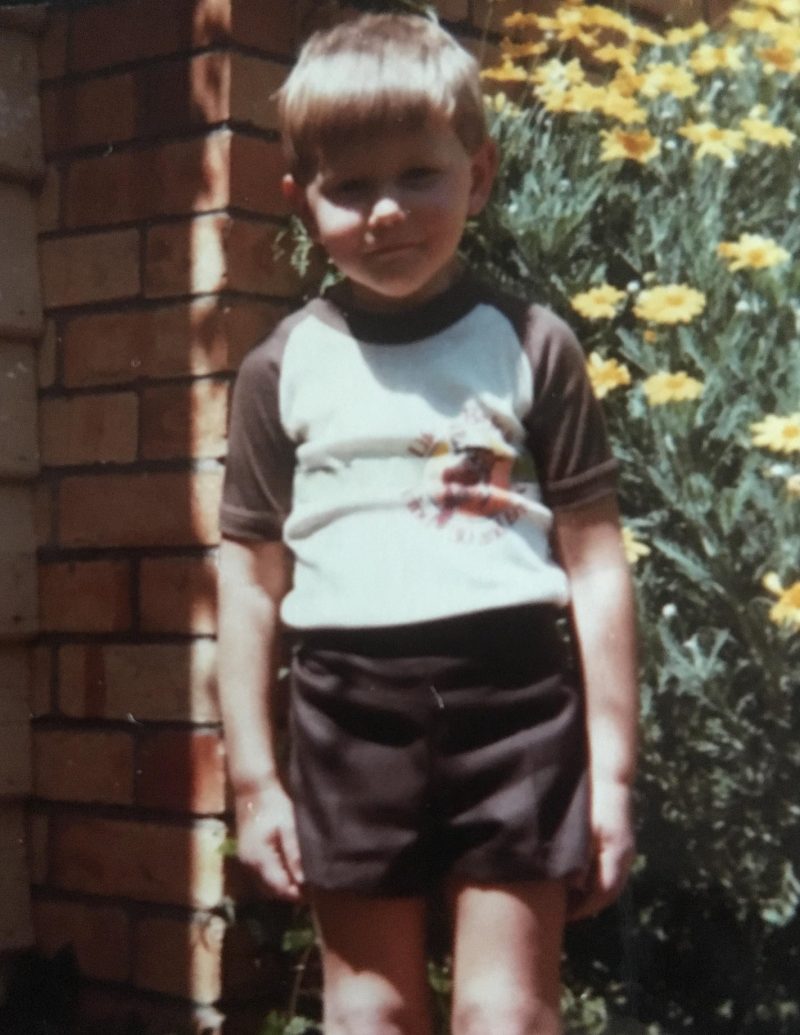 A lot of that has to do with the privatization of the electricity sector back then. When I think back to my teenage years, there was a lot of unemployment. My dad was working in the sector when I was in high school, and he was lucky to keep his job. Unfortunately, many weren’t so lucky. It’s something which the area has not really recovered from and it still remains an issue with the closure of the Hazelwood power station in 2017.

While I come from the country, I don’t think of myself as a country boy. I am someone who never felt like I belonged in the country environment. And to be clear, there is country and there is ‘country.’ When you are in school, you would have people like me living on a suburban block. You could also have people arriving in buses from farms, who they would have woken up a couple of hours beforehand, shooting foxes or feeding cows.

Someone who grew up in Melbourne probably has a certain view of what growing up in country Victoria looks like, but I had a pretty normal lifestyle comparable to living in the suburbs. I had a couple of primary schools, and I can thank my family for making that choice. The first school wasn’t too challenging for me, so my parents enrolled me in Commercial Road Primary School in Morwell over in the next town. It was far more multicultural.

Multiculturalism in country Victoria was something you may read about rather than saw, but for a number of years in the 1980s, we had a large number of Japanese families who were living and working in the region.

The Japanese nationals who had come to Australia had all their children go to the same school. It made for a very different kind of school environment. The Japanese flag flew right next to the Australian flag. We learnt Japanese as a second language, and instead of Aussie Rules, it was kendo.

As a result, I had a different upbringing than some other people; it really broadened my horizons and did a lot of good.

My parents were always interested in new experiences, places and cultures, and it rubbed off on me. As I went through high school, I realised I needed to move to a more diverse city. Like many others in my generation, I had a choice to stay in the area or move on. I chose to move on, and there was never a question in my mind to come to Melbourne.

There’s a very different understanding of the shape of Melbourne when you grow up outside of it, as opposed to being born and raised in Melbourne. I didn’t know many of the suburbs. I remember getting a hand-written letter from a friend, mentioning she was living in a place called Yarraville. I had heard of a place called South Yarra, but not Yarraville. Growing up in the country, your concept of Melbourne is the city and the train line!

A friend of mine of many years told me when he first moved to Melbourne, he didn’t know anything about the eastern suburbs and described it as the ‘Mystical East’.

Since moving to Melbourne, apart from my first few months in a terrible sharehouse in Coburg, I have always lived in the west. I moved to Kingsville in 2001. If you wanted somewhere close to the city and affordable, the Inner West ticked a lot of boxes. After Kingsville, I had two sharehouses in Yarraville before finding a place in Seddon.

Personally, I’ve always loved the west. My wife Jade and I first bought in Buckley Street, Seddon. It was the best house in the worst street – within a year, we were opposite a 24/7 worksite as the Regional Rail Link works knocked down a bunch of houses and redid the train lines. It was the sort of place you purchase to get a foothold into the property market, rather than a forever home.

We consider ourselves very lucky for getting that foothold, although prices used to be so much lower! When I was renting in Kingsville, the prices were $190 per week for a three-bedroom house and the property boom was spiking at that time.

By the time I moved to Yarraville, I was paying close to $270 per week for a two-bedroom home. That was pushing it for me! This was pre-GFC as well.

I remember working with someone who used to own a flat in Yarraville and sold it in the late 1990s for $50,000. She thought she was never going to make money on it. ‘Who would want to live in Yarraville?’ I remember her saying. 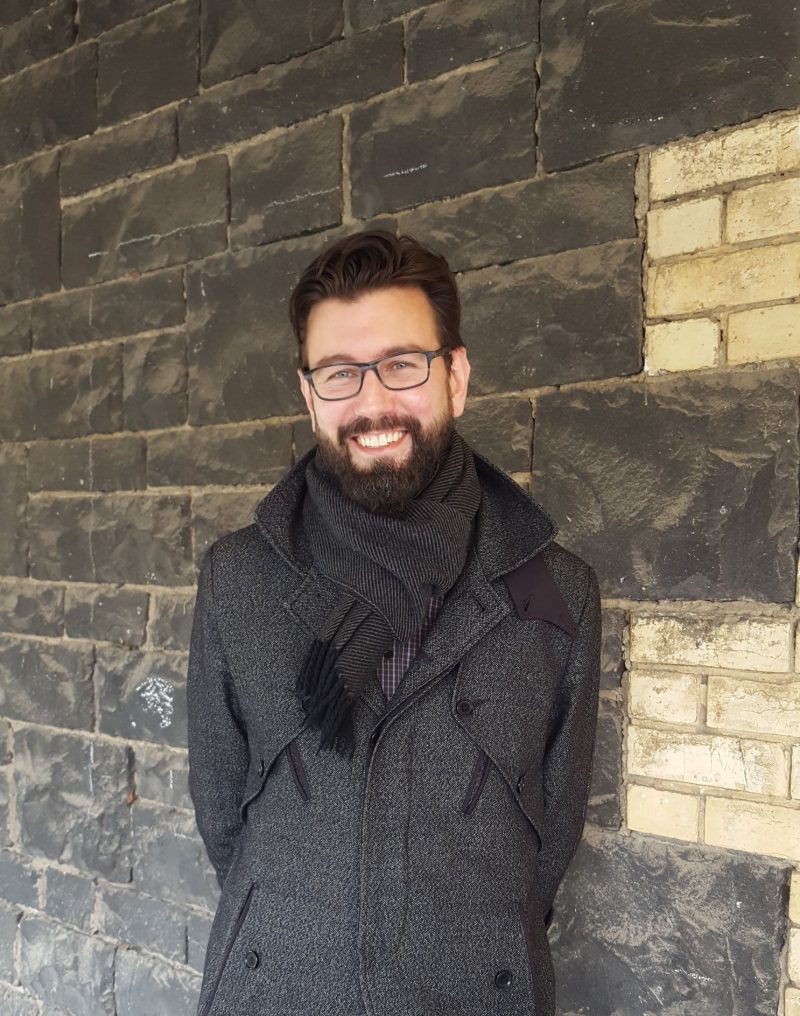 I am conscious that I am one of several waves of gentrification in the area. I have witnessed a lot of changes but I am also conscious I am one of the changes myself.

I’ve seen it when my workplace moved from the CBD to Footscray. Footscray has many great restaurants – predominately Vietnamese, Chinese and African – but didn’t have much of a white-collar café culture you get in the CBD. That’s started to change some of the places you can go for a bite.

There is now a wave of apartments coming up in the area. People have to understand if they want their children to live in the same suburbs as then, or others to have a shorter commute to work, you have to accept high-density living.

Australia has enjoyed a certain luxury for a number of decades, and expectations have not kept pace with the changes in the economy and society. People cannot expect to enjoy the positive outcomes of city living without a tradeoff. Decades ago, we had two to three generations of family all living under the same roof. Our understanding of space has changed, and we would be foolish to think that it’s always been that way, or it’s the best way.

The Inner West has been isolated from the global trends of urbanization for so many years, it was seen as undesirable. You only have to look round other parts of Melbourne and realized we are behind others. Footscray and the West are experiencing a rapid acceleration of change because we are playing catch up.

The Sun Theatre is very special to Jade and I as we got married there in May 2010. Jade grew up in country Victoria as well but had then moved to the South-Eastern suburbs. As soon as she experienced the West, she loved it. There is a sense of community that is very present in the West. There’s a different rhythm of life here and she fell in love with it, just like how I did.

We picked the Sun Theatre as we wanted something different. Neither of us are religious, so it was never going to be a church wedding. It’s just such a fantastic place to be.

We were married in one of the cinemas and had our names up above in lights. We walked down a red carpet while walking into the cinemas, and our guests ate choc tops while we had our pictures taken. It was a very special day and it allowed other people to experience the West that we love.

I have two kids and two cats. Having young children doesn’t give much time for hobbies but between being a dad and working, I enjoy playing board games. You can tell a lot about people on how they approach a board game. Some want to beat everyone, some are in it for the experience. Some use rules as a guideline, some want something real whereas other want abstraction.

I like the interaction of board games. I’m not in the game to win. It’s great to share an experience and have fun with friends. Going to the movies with friends, you have a shared experience but enjoyed in a very different way without face-to-face time.

The community we live in is very important to me. The more time I spend in the West, the more I wonder what I can do for the area. I’m currently part of a leadership course that focuses on community leadership and stepping up and making a difference. It encourages me to convert my thinking into action, and where I can make a difference. However I’m pretty terrible at working with power tools, and I will never be at a working bee. Please don’t ask me to nail anything!